Leasing commercial property is different than leasing residential property because business owners have different needs, rights, and responsibilities than residential tenants.
Renting to a commercial tenant means you’ll likely have a more comprehensive screening process, for one. The negotiations of the lease terms, such as the way you sort out rent, also tend to be more extensive because each agreement will differ based on the tenant, the size of the space, and the tenant’s intent for the property.
A Commercial Lease Agreement is used when a tenant rents out property for the purpose of conducting business activities.
Typically, commercial properties are categorized as:
Other types of commercial property can include any spaces not intended for residential use, such as self-storage facilities, recreational facilities, gyms, medical clinics, hotels, and more. It’s also common, especially in urban centers, to have larger commercial properties with retail spaces and warehouses on the first floor and offices or even apartments occupying the floors above.
Commercial leases don’t have "standard" fixed term lengths like residential leases often have. Much like every other aspect of commercial renting, the duration of the lease is negotiable. However, commercial landlords typically want their leases to have longer terms, usually three, five, or ten years.
Longer leases tend to work well for both the landlord and the tenant because they require a great deal of trust and commitment between the parties. Some tenants don’t like the idea of being locked into a lease for five or ten years, but you can always reassure them that their lease terms can be renegotiated with a Lease Amendment.
In addition to the lease agreement, there are a few other forms that commercial landlords can benefit from having in their arsenals.
The following is a list of useful forms, some of which you might be familiar with if you’ve already had residential tenants:
Commercial Lease Application: This document is used by landlords or property managers to collect information on potential commercial (or business) tenants before agreeing to lease the property.
Rent Receipt: This simple document provides proof of rent payment. It’s a great way to keep a record of income (for the landlord) and expenditures (for the tenant). Receipts can help settle any disputes over late or partial payments.
Lease Amendment: An amendment details changes made to an existing lease agreement. It demonstrates agreement to specific changes or additions without cancelling or negating the original lease.
Landlord's Consent to Sublease: If a tenant wants to lease their space to a new tenant, they will require the landlord’s permission. This letter grants formal permission to sublet.
It should be noted that landlords can prohibit subletting entirely with a clause in the lease agreement.
Landlord's Consent to Lease Assignment: Sometimes existing tenants can find new viable tenants to take on their lease obligations so they can move out. This letter is a form of written permission allowing the original tenant to transfer those rights and obligations.
Similar to subletting, a landlord can prohibit lease assignments in the lease agreement. Tenants should refer to the terms of their specific lease as a first step to subletting or assigning a lease.
Figured out what kind of Commercial Lease you need?
CREATE YOUR LEASE
Posted by Olayinka Oyelami at 4:27 AM 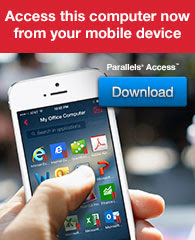